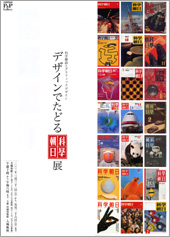 In the 59 years since its first publication in 1941, the leading science magazine Kagaku Asahi has popularized general science throughout the nation. From the very first issue, designer Isamu Kenmochi devised a style of graphics for the magazine geared toward a highly intelligible, lucid presentation of science and its many phenomena.

This exhibit features about half of the 718 issues ever published, starting from the very first issue released in 1941, through to the renaming of the publication to SCIAS in 1996 and subsequent suspension of the magazine in 2000. The exhibit traces the graphic design changes of Kagaku Asahi, focusing on the covers, logos, content pages, and other special features.