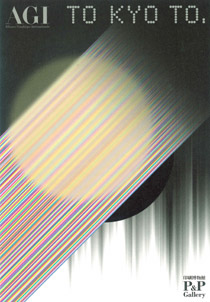 The Alliance Graphique Internationale is an organization of graphic designers that was established in Paris in 1952 in order to create a network of the world's top designers. Composed of 360 members from 28 countries, including 24 members from Japan, the organization has changed the location of its design congress every year since its founding. This year the congress will be held for the first time in 18 years in Japan (in Tokyo and Kyoto).

As one of the events commemorating the AGI Japan Congress, the P&P Gallery of the Printing Museum, Tokyo is displaying representative works by 72 members, including some by Japanese members.